Reliance Jio’s LYF brand has now officially announced the pricing and availability details for LYF Flame 1 and LYF Wind 6. The LYF Flame 1 is priced at Rs 6,490 and the LYF Wind 6 at Rs 7,090. As with other smartphones under the LYF brand, these new smartphones too are 4G capable and boast VoLTE and VoWiFi capabilities. Both devices are currently available across India via more than 1,20,000 retail outlets through a network of over 1200 distributors.

LYF Flame 1
The LYF Flame 1 has a 4.5-inch FWVGA (854×480 pixels) display with a pixel density of 218ppi. It is powered by Qualcomm’s Snapdragon quad-core chipset clocked at 1.1GHz and paired with Adreno 304 GPU and 1GB of RAM. It comes equipped with a 5MP rear snapper with flash, and a 5MP front-facing camera. Camera also supports features such as blink detection, smile detection and so on. The device runs Android Lollipop 5.1. It also offers 8GB internal storage, which can be further expanded up to 32GB using a microSD card.
The LYF Flame 1 features a 2,000mAh battery, and connectivity options like dual-SIM card slots, 4G LTE with VoLTE and VoWiFi support, Wi-Fi 802.11b/g/n and Bluetooth 4.0. 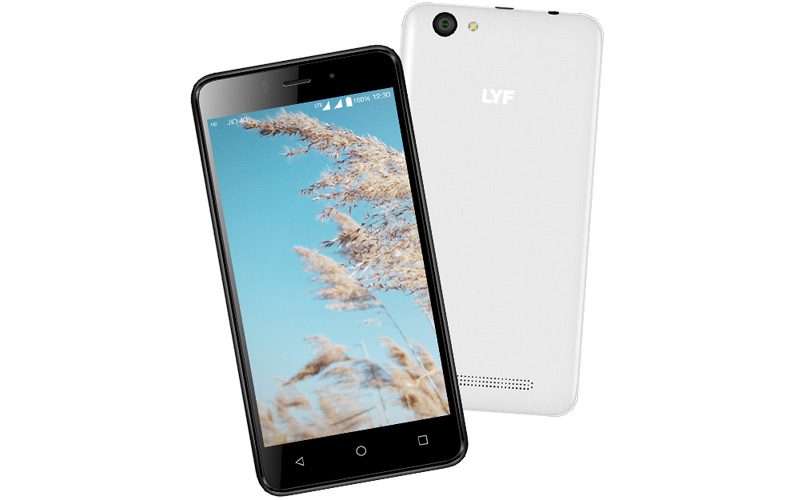 The LYF Wind 6 has a 5 inch IPS screen FWVGA (854×480 pixels) resolution.LYF Wind 6 is powered by MSM8909 qualcomm snapdragon 210 quad core processor clocked at 1.1GHz coupled with Adreno 304 GPU and 1GB RAM.Handset is 8.7mm thick and also includes a 5MP AF camera on the rear with flash support and a 5MP camera (fixed focus) on the front.The device runs Android Lollipop 5.1. It also offers 8GB internal storage, which can be further expanded up to 32GB using a microSD card.
The LYF Wind 6 weight with 2250 mAh battery is 156 grams,and connectivity options like 4G LTE (VoLTE), 3G, 2G, GPS, Bluetooth 4.0 and WiFi

Tell us your reviews about both the phones.