Huawei’s Honor branding has proven popular in China for delivering affordable devices with reasonable specs and performance. Now that the Honor brand has proven itself in China, Huawei is expanding it to India, and the Honor 4C and Honor Bee will be launching in the country tomorrow, with devices to go on sale not too long after. The Honor 4C and Honor Bee will offer customers a choice of something a little more premium as well as an affordable, budget-minded handsets with similar specifications. Let’s take a look at what Huawei plans to offer the Indian market very soon.
The Honor 4C is a 5-inch device with a 720p display that’s powered by Huawei’s own HiSilicon Kirin 620 CPU which features an octa-core configuration clocked at 1.2 Ghz. With 2GB of RAM, 8GB of expandable storage and dual-SIM support, this has a lot of good things going for it. Especially when we consider that it will support 4G LTE on both of these SIM card slots, including the TDD B40 2300MHz and FDD B3 1800MHz bands that are currently used in India. The Honor 4C will also ship with a 2,550 mAh battery as well as a 13-megapixel rear-facing camera. So far, this sounds like a decent device.
The Honor Bee on the other hand is an altogether more affordable device, with a 4.5-inch 854 x 480 display and a 1.2GHz quad-core Spreadtrum SC7731 CPU. There’s 1GB of RAM and 8GB of expandable storage here, but there is also an 8-megapixel rear-facing camera, so things aren’t too bad here. While there’s no pricing information for either of these devices, we can’t imagine that Huawei will be charging too much them, after all they’re designed to be affordable. A downside to both of these devices is that they’re running Android 4.4 KitKat with Huawei’s Emotion UI 3.0 onboard.
The pair are set to launch tomorrow, and we should have all the information for you tomorrow, so be sure to come back and read all about the latest Honor devices launching in India. 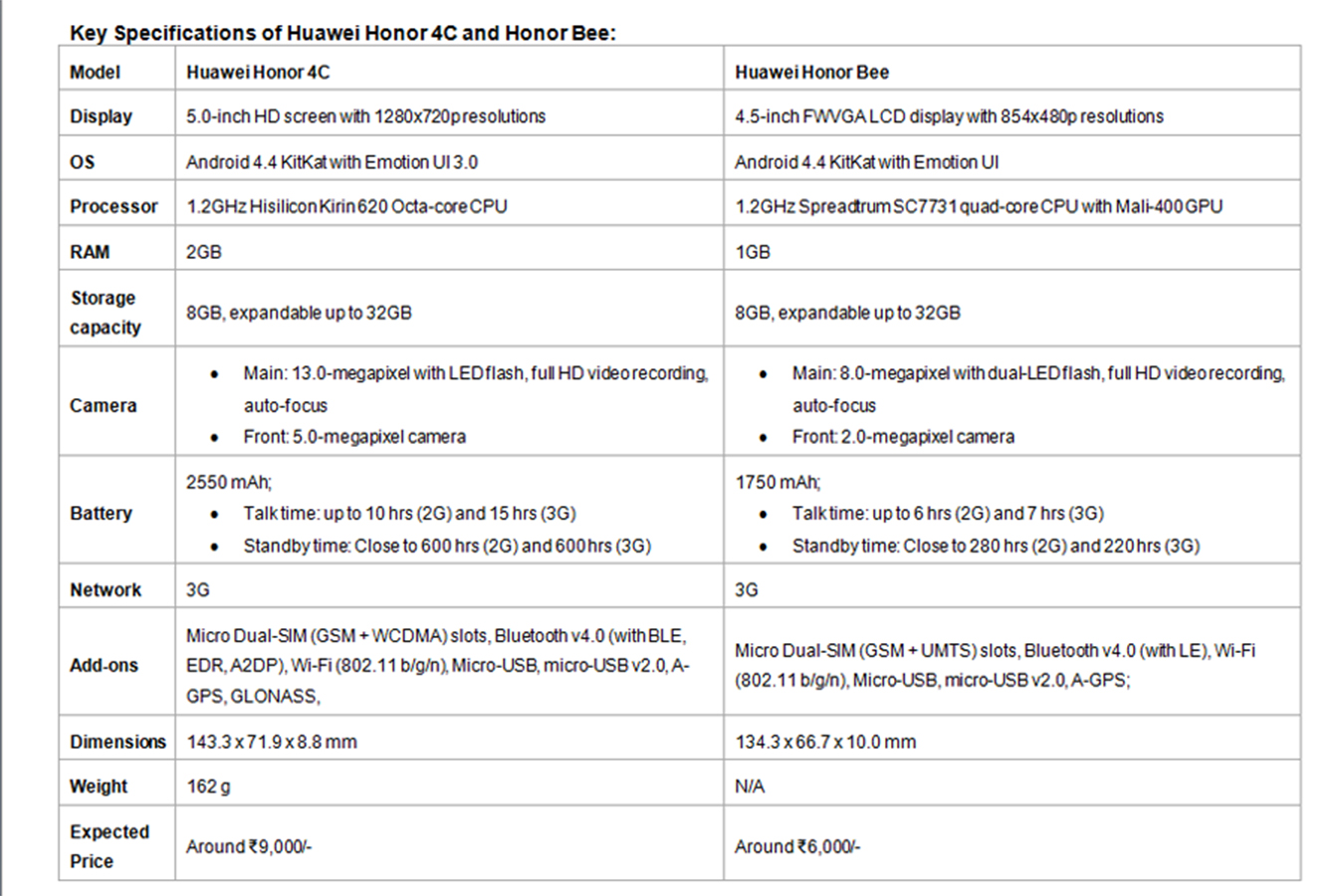